‘Takes off’, it’s nearly a tsunami. Since the concept of New Wave Ukrainian Cuisine was first presented by The Ukrainian Connoisseurs Club three years ago at one of our regular events with Chef Viktor Tymchyshyn at his then restaurant Device Cafe the availability of a wide choice of exquisite food projects has ‘exploded’.

This diversity of Ukrainian sourced prime products was excellently presented at Restaurant Black Market at an event organised by Drinks+ Media Group on Thursday the 14th of August. Four creative Ukrainian chefs, including Black Market’s Viktor Tymchyshyn, presented a selection of their ‘creative’ dishes all sourced from Ukraine. 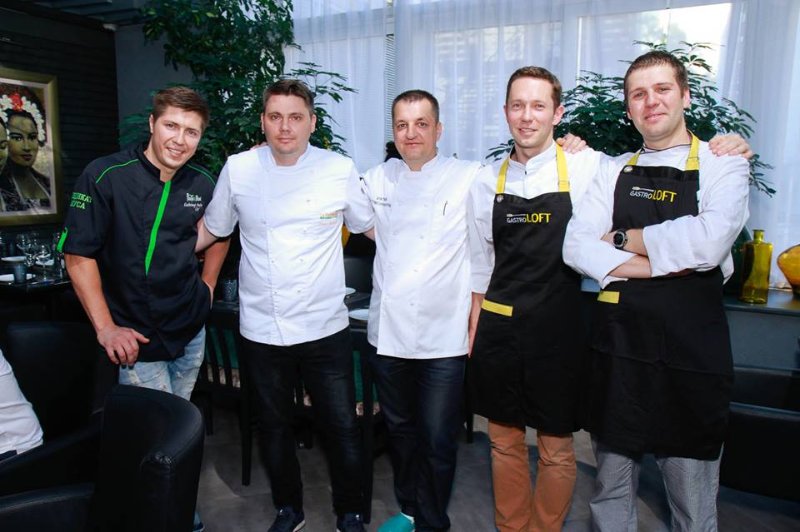 For starters we were presented with Ukrainian sourced encrusted frogs legs and snails combined with a selection of Ukrainian white and sparkling wines courtesy of various wineries from which can be seen on the menu card. 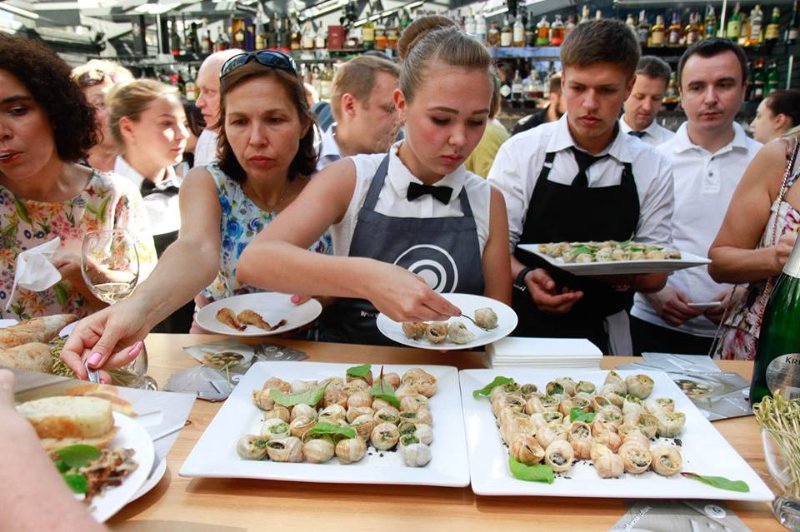 More delicacies followed; Ukrainian oysters which were sure to be fresh as they don’t have so far to come as the imported ones; a beautiful creamed fois gras, snail pate with snail caviar (actually not one of my favourites but novel) and again all served with a selection of Ukrainian wines; white, red and rose champanski. 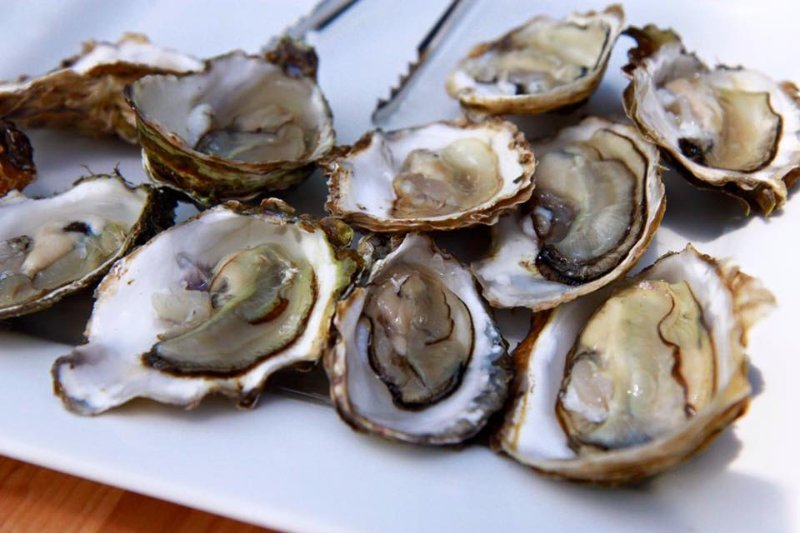 The full selection of cuisines and wines can be seen below 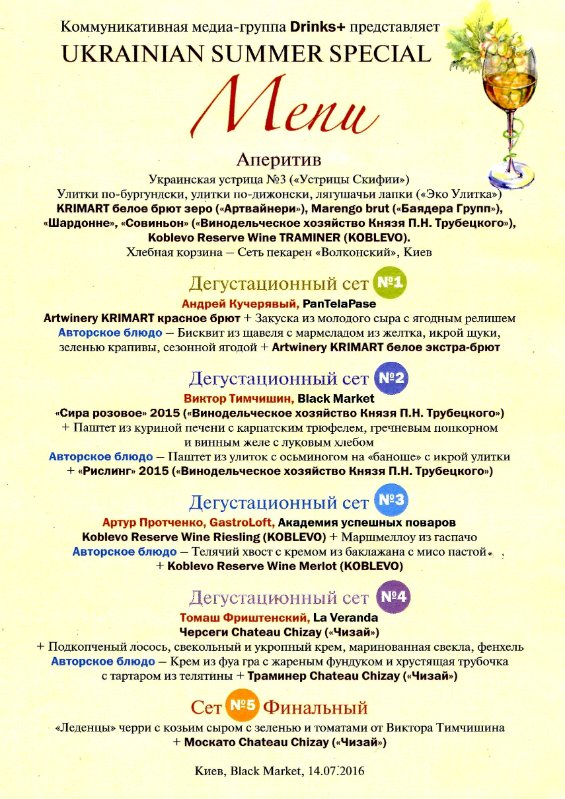 But the Ukrainian cuisine scene has changed dramatically since I first came to Ukraine 24 years ago when it was difficult just to buy bread. And in the 15 years since The Ukrainian Connoisseurs Club first started to rate Kiev restaurants the breadth of cuisines on offer has grown exponentially.

But it is not only the range of restaurants that has grown but also the general interest in food products and everything associated with cuisine; kitchen equipment, cutlery and crockery, a variety of wine gizmos and lots of TV cookery programmes. Plus names such as Jamie Oliver, Gordon Ramsey, Heston Blumenthal and Rick Stein have become household names. And they are all

This huge increase in culinary awareness is also reflected by the massive selection of food products on offer from major supermarket chains. One of our favourite supermarkets is Le Silpo where there is a huge selection of cheeses from all over Europe including a selection of English cheeses on offer, up to 10 different hams from Spanish Iberica and Italian Prosciutto, a fine selection of different fishes dead and alive, fresh or cured,  shellfish and crustacean again dead and alive. 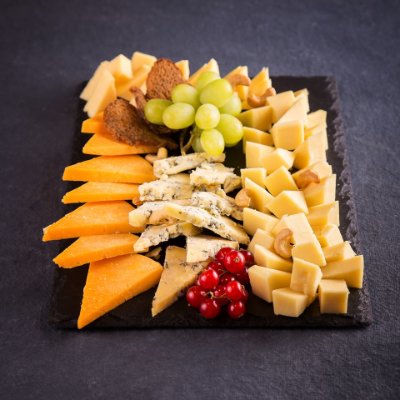 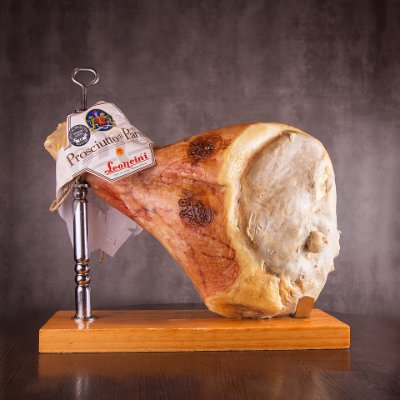 But the really significant change is the product variety being produced in Ukraine which was unimaginable just a few years ago.

There is a Frenchman running a farm just outside Kiev that sources duck and goose breasts and fois gras of excellent quality at prices less than 50% of what it would cost in France. Another farm is producing excellent snails ready butter stuffed with a variety of spices. And just recently another farming entrepreneur is supplying frog’s legs: delicious! Then at the event at Black Market we were introduced to Ukrainian sourced oysters and mussels. I was even amazed to see portions of moules mariniere being sold at an event being held on St. Sophia’s Square and judging by the number of people buying them they appeared to be very popular. I didn’t expect to see that in Kiev.

On a recent visit to my favourite supermarket there was a huge beluga fish just starting to be carved ready for sale and not long  before that there was a giant tuna getting the same treatment. Plus a couple of weeks ago there was a whole roast pig being nicely carved and offered for sale. We couldn’t resist any of these offers and went home to prepare delicious meals at home. Now I don’t remember ever seeing these types of products being offered at supermarkets I have visited around Europe. 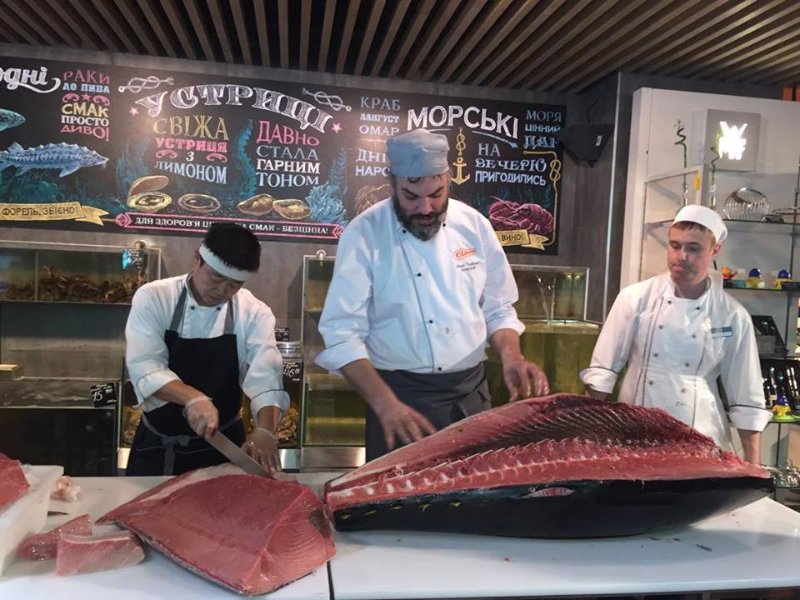 So are we on the verge of Ukraine becoming one of the culinary centres of Europe? Maybe but not quite yet but it’s making a good start with an excellent variety of products at very economic prices.
Now all we need is a Ukrainian Jamie Oliver and a couple of Michelin starred restaurants to really get ‘rolling’. 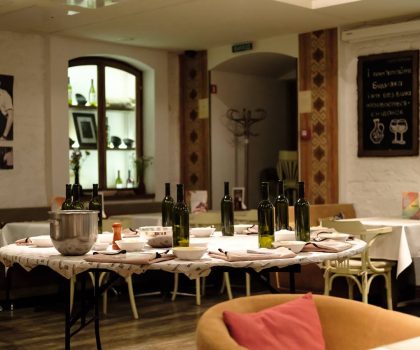 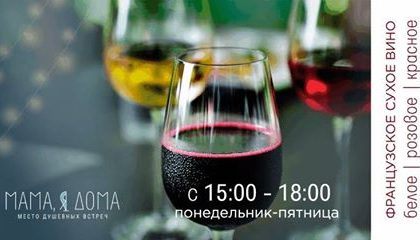 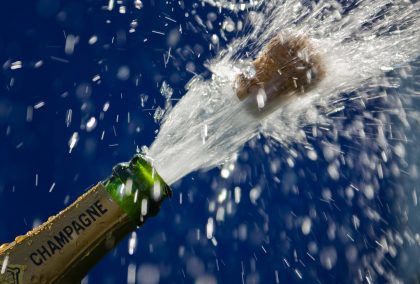 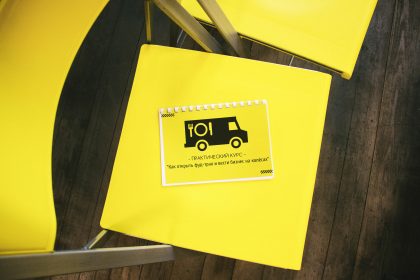 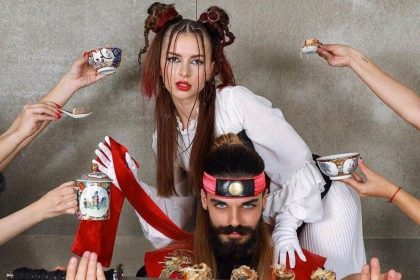 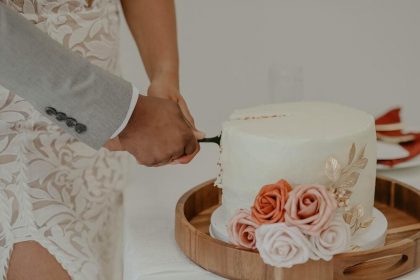 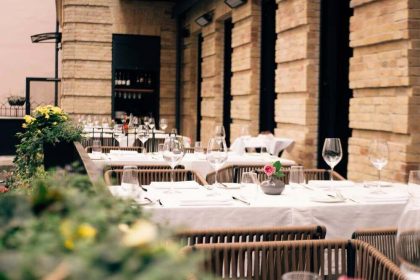 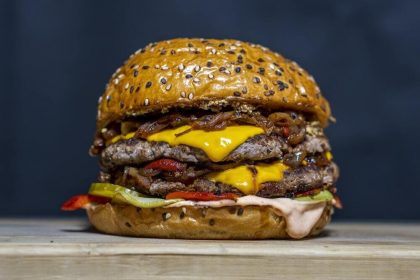 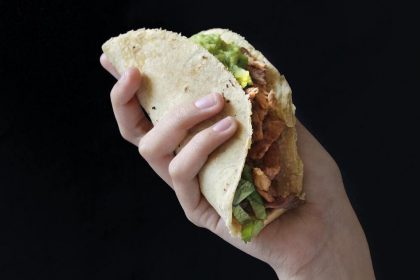 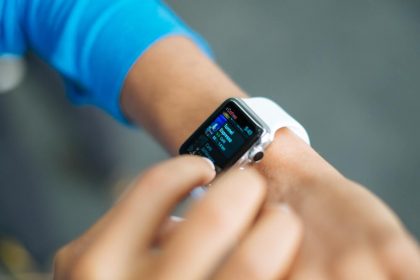 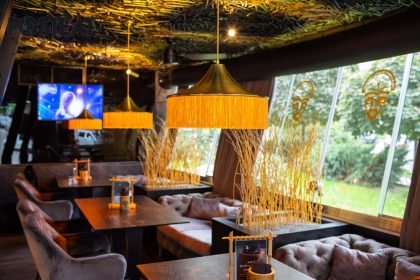